A man who was working on the side of the road almost lost his foot after a cement truck hooked several cables before bringing down a power pole on him in Khao Maikaew yesterday (June 6钍.)

The Huayyai Police were notified of the incident at 7:00 P.M. on Baan Plangpad Road as the sunset for the evening.

Emergency responders and The Pattaya News arrived at the scene to find a cement truck parked on the side of the road.

A power pole and cable have been brought down by the cement truck and were strewn across the road with the driver, Mr. Somchai Luenroad, 32, waiting at the scene, uninjured but in a state of distress. 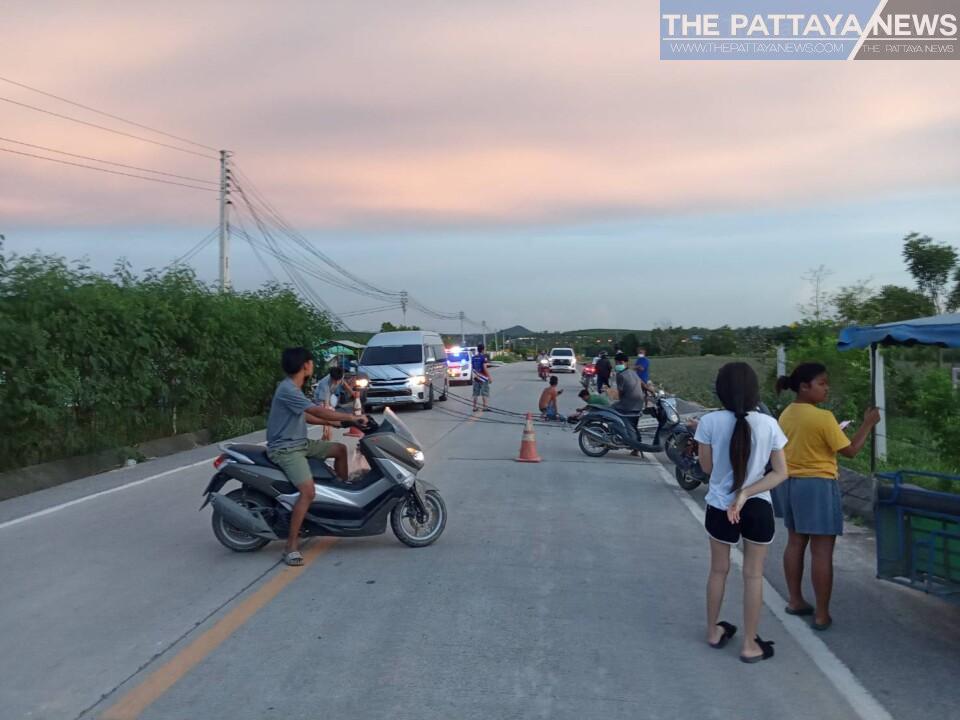 The injured man, Mr. Somsak Klinbuppa, 45, had sustained a serious foot injury. He was rushed to a local hospital for urgent medical assistance and surgery.

Witnesses told Huayyai police the cement truck hooked several cables before bringing down the power pole. Mr. Somsak was clearing grass on the side of the road before the power pole landed on his foot as he attempted to jump out of the way. 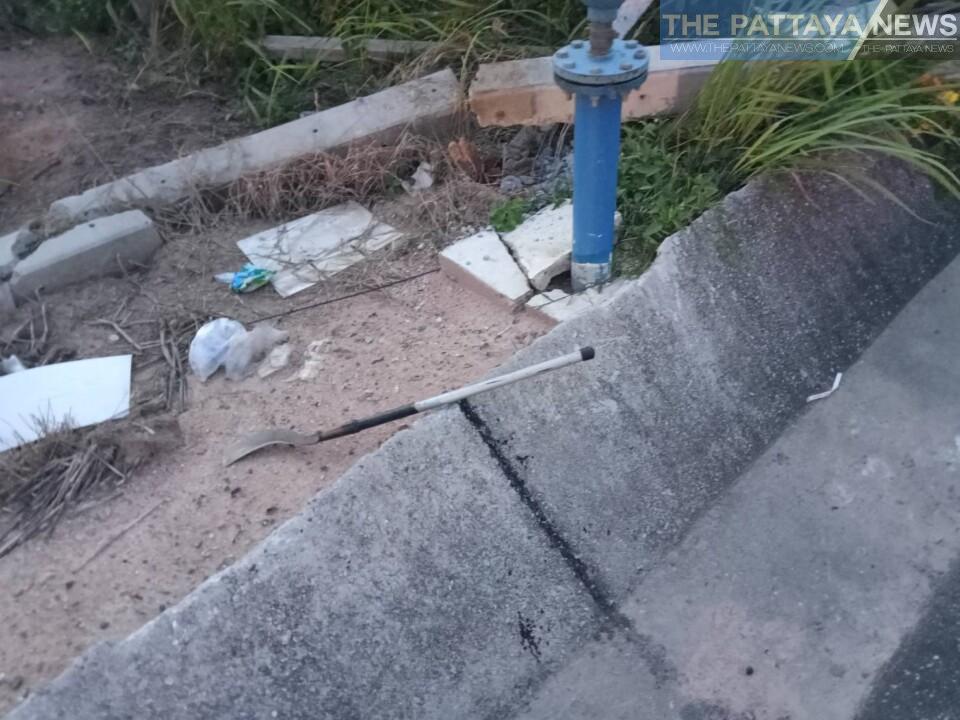